Gloucestershire poised for its own police academy

In the 1980s the name was synonymous with a money-spinning comedy film franchise. However, Police and Crime Commissioner Martin Surl’s vision of a police academy in the South of Gloucestershire is deadly serious.

The PCC has just acquired part of the former nuclear power station site at Berkeley Green, near Stroud, in order to develop it as a top class police training college and conference centre.

Agreement has been reached with the owners, the Nuclear Decommissioning Agency, for a 150-year lease rent-free at a cost of £600k.

The two-storey, roughly 3,000 square metre building has meeting rooms, a canteen, parade ground, limited use of the sports hall and parking for around 250 cars.

“I believe the site has tremendous potential and provides us with an exciting opportunity to utilise local talent and contacts that will help us develop our own centre of excellence”, says Mr. Surl.

“It has a campus feel where we’ll be rubbing shoulders with hi-tech engineering companies, South Gloucestershire and Stroud College and the University. It’s a spectacular location that will take people away from their usual workplace and enable them to focus fully on learning”.

“GFirst LEP has invested heavily in the Berkeley site as a key asset for future sustainable growth for the County.

The move for Berkeley Green was developed after the PCC and Chief Constable, Rod Hansen, decided the Constabulary’s existing facilities needed revamping and that plans to convert Stroud Police Station as a training centre were unrealistic due to the cost of the work and age of the building.

Situated between junctions 13 & 14 of the M5, Berkeley Green is ideally placed for access to the Midlands, the South West and Wales.

Contractors are now on site and work is underway to transform the facility with the target of the police taking-up residence in spring, 2020.

“The Chief and I share a vision to provide the very best learning environment for our staff in a stress-free environment where they can listen, learn and plan for the future”, said Mr. Surl.

“Until now, all our training has taken place away from the county. As a police officer, I did my training in Dorset, Wiltshire, Avon, Devon and Cornwall. This is a long-term project that will put the Constabulary on the map with some of the very best training facilities in the South West and beyond”.

Keen to be green with regional charging machines

Police officers driving around the South West can save their force money while boosting its eco-credentials, thanks to a new […]

Gloucestershire retailers can be reassured that every shoplifting incident they endure will be treated seriously, regardless of the value of […] 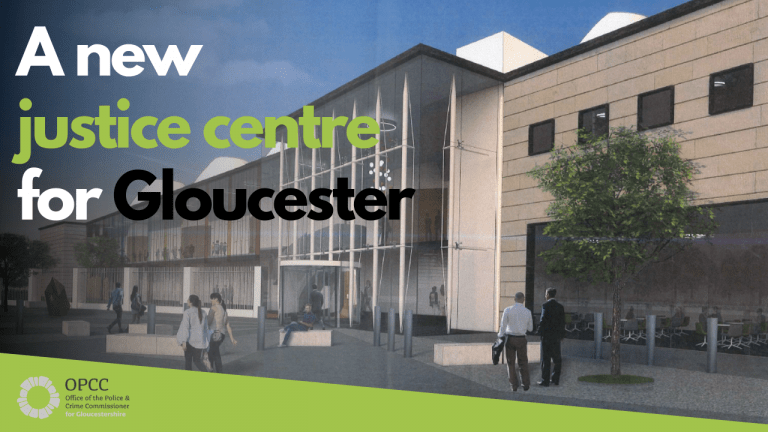 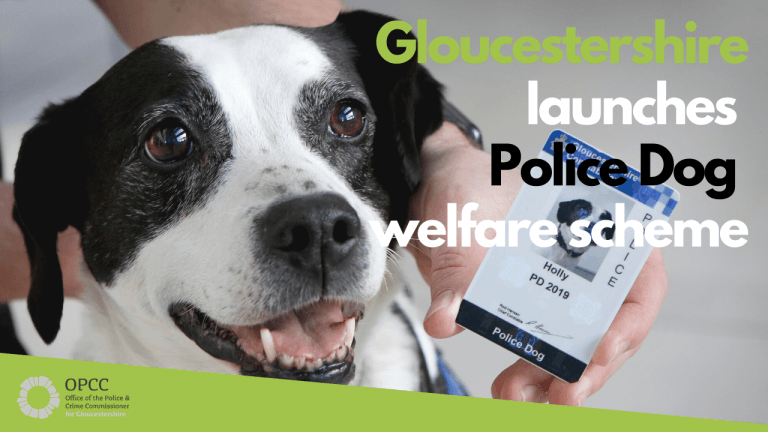 Because they’re worth it – Animals’ rights enshrined in welfare scheme

Proving that the welfare of Gloucestershire Constabulary’s animals is of great importance, the Force has adopted a new animal welfare […] 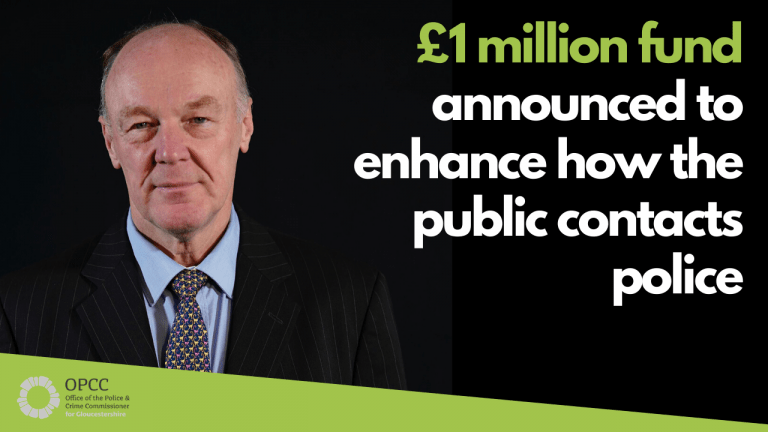 After a decade of cuts, it’s time to build for the future says PCC